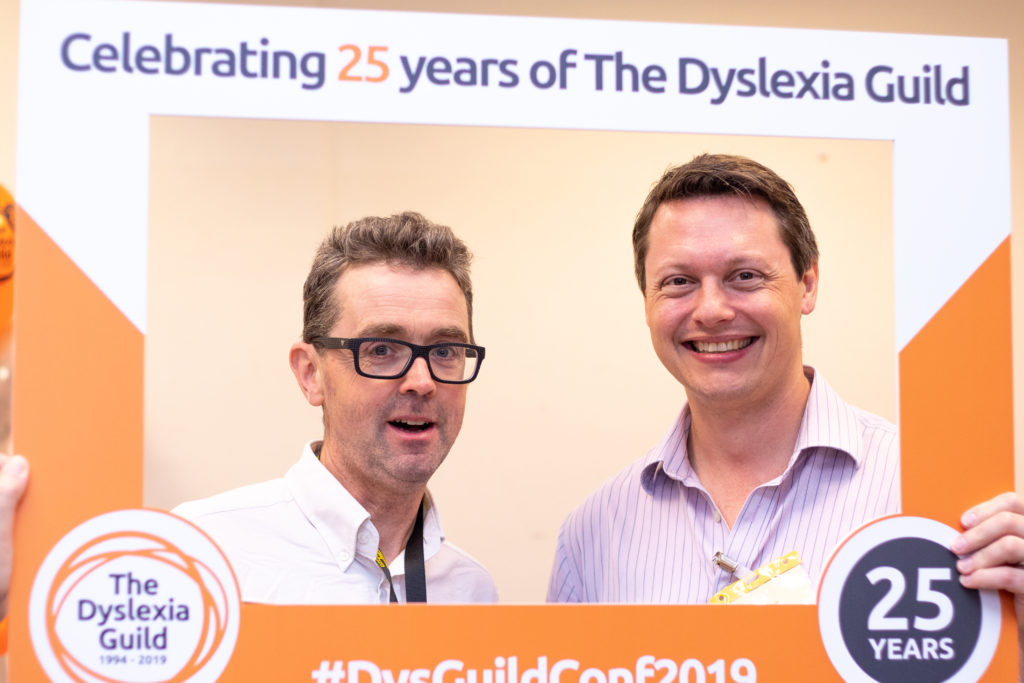 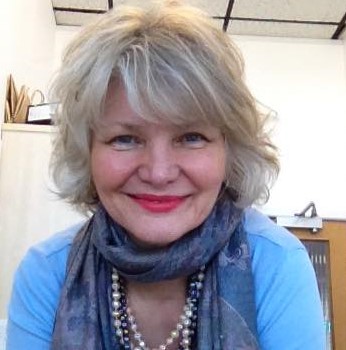 After an early career in the fashion and entertainment industries, Suzanne Currell studied Child Psychology at the University of Minnesota. She moved to London in 1979 and, after starting a family, worked on early literacy in a school while, at the same time, studying for a degree and then a Masters in Occupational Psychology at Surrey University. After working for the NHS, she went back to the USA, returning to the UK in 2002. She volunteered at a local secondary school doing educational testing for children with special educational needs alongside other coaching and assessment work.

In 2011, Suzanne moved to Kingston College, where she still works today in student support, assessing students who require examination access arrangements and providing one-to-one support for students with Education, Health and Care Plans (EHCPs). “It’s very rewarding,” she says. Suzanne is encouraged that dyslexia is now better recognised in further education colleges but she fears the effect that financial cuts are having on student support, as well as the inequities associated with EHCPs.

Her first encounter with Dyslexia Action arose because she wanted to have a really solid knowledge of access arrangements for her job and so enrolled on an Access Arrangements course. “I was so impressed. The staff that run the courses are so supportive and very encouraging. The course materials are exemplary, in-depth and intellectually rigorous. So much dyslexia training is very generalist and, although there is a place for that, as a dyslexia professional, I need to know the evidence and how to apply it. Dyslexia Action Training and The Dyslexia Guild get that as an association get that balance just right. Where else can you spend time really analysing higher education psychometric tests? It is fabulous and I’d like to see more of that.” 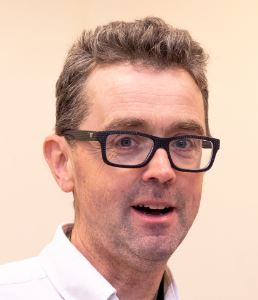 A community for dyslexia professionals.

David Bailey works with adults in his role as tutor with an adult education service in the north of England. He is a dyslexia specialist but also supports students learning English as an additional language. He first heard about Dyslexia Action in 2002. “I was working for Oldham Youth Service with young people who were not attending school for various reasons,” he explains. “And while most would make good progress once they caught up on the learning they’d missed, there were some who continued to struggle.

You’d see very articulate students whose written work just didn’t reflect their verbal skills, and I knew something was wrong.”

David knew a little about dyslexia, but it was not until he read Dyslexia Review, while studying for a Postgraduate Diploma at Manchester Metropolitan University, that he began to understand the complexities of the condition. “I picked up all sorts of useful information about how to work with young adults with dyslexia, which helped me so much with my work,” he says.“It is a very accessible publication and I often use articles as resources when I’m doing staff training.”

He went on to join as Associate (ADG) of The Dyslexia Guild and is still an active member. “Being the only dyslexia professional in a small local authority service, you can sometimes feel a little isolated,” he says. “But I can always go to the Guild if I need advice or support.” He is a regular contributor to the online discussion forums and really enjoys attending the annual conferences. “Having that face-to-face contact is really stimulating,” he explains. “I always come away with something new to try out in my own practice.”

The Dyslexia Guild library has also proved an invaluable resource. “Tests used in dyslexia assessments are expensive, especially for a smaller service, like mine,” David explains. “We haven’t got the resources to buy all assessments we need, so being able to borrow resources from the members’ library is very helpful.”

David now works as a tutor for Dyslexia Action online training courses. Looking back, he believes that although attitudes toward dyslexia have improved, the modern world presents new challenges and barriers. “The combination of text and sequencing demanded by many online systems can be problematic for learners with dyslexia and we need to teach strategies to cope with that, as well as traditional print-focused approaches,” he advises.

“The Dyslexia Guild combines the benefits of being an established organisation with being up to date in its ideas,” he says. “For me, it’s a community, rather than just an organisation.” 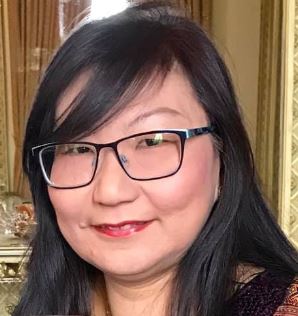 Before she moved to the UK in 2013, Jacqueline Taylor was teaching A-level English Literature and Language and International Baccalaureate in Singapore. Her new job teaching functional skills to post-16 students at a further education college in North East England couldn’t have been more different. She knew from support staff that some of the students in her classes had dyslexia but felt unprepared to meet their needs. “I didn’t really know what functional skills were and I was surprised that the students’ literacy skills were so poor. In Singapore, there is less awareness of dyslexia than in the UK, and less emphasis on the inclusion of students with special needs in mainstream education. Additional Learning Support (ALS) is in its infancy. A tiny minority of students receive extra time in examinations but I don’t remember anyone receiving extra support, one-to-one or in a small group,” she says.

It was a brief CPD session that first made her aware of dyslexia and its impact on learning. Through internet research, she came across Dyslexia Action’s postgraduate Professional Certificate in Dyslexia and Literacy. “It seemed perfect. I could study online, so I didn’t need to travel.” She funded the course herself, struggled at first with balancing long working hours and Masters level studies. “The course helped me so much with developing the skills I needed for my job,” she says and describes The Dyslexia Guild library service as ‘outstanding’.

Having completed the first part of the postgraduate course, and spurred on by the success her learners with dyslexia have achieved, Jacqueline is now completing further Level 7 modules in assessment and hopes to complete her Masters. She is considering a change of career in the future, perhaps with a greater focus on specialist dyslexia support. She recommends Dyslexia Action to others particularly because of the quality of the support it provides. “They really understand the needs of working delegates like me,” she says. “They have great expertise and they offer you the support you need.”

At the time of the interview Jacqueline was an Associate (ADG) member who has now become a Member (MDG). 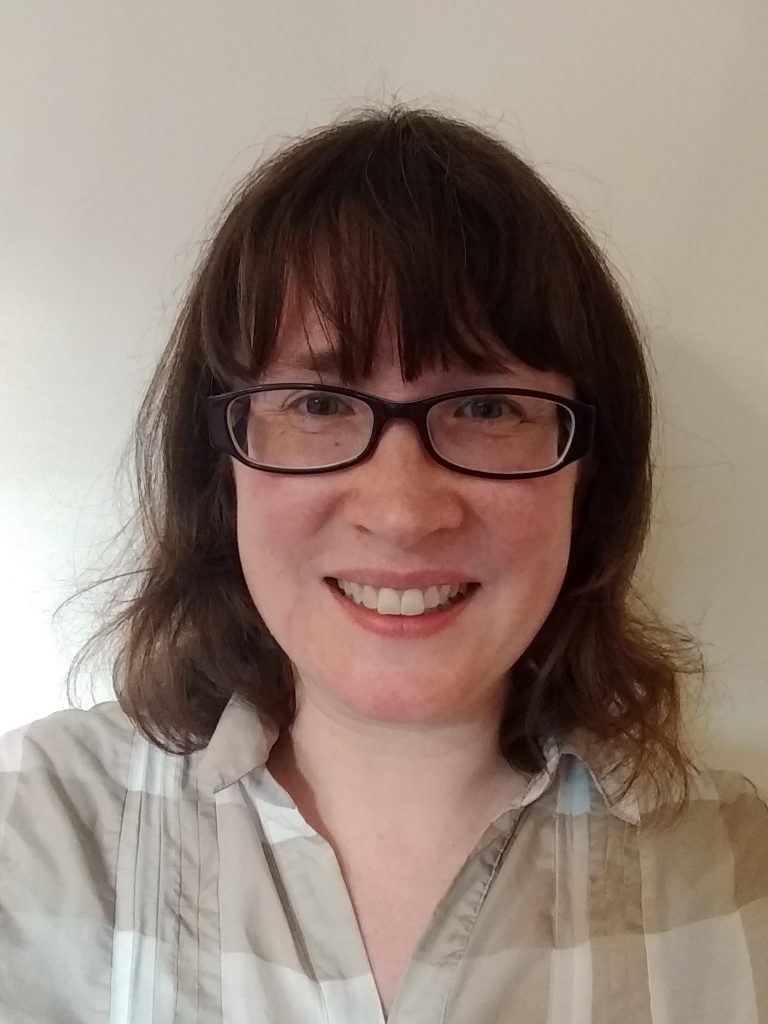 Building the foundations of a new career

After a career break to bring up her children, secondary history teacher Susannah Thorne was keen to get back into education but didn’t really want to return to the classroom. She had always been interested in dyslexia but it wasn’t until her son was diagnosed with dyslexia that she considered retraining as a dyslexia specialist herself.
“I chose Dyslexia Action because it provided online training courses and I needed to fit my studies around childcare and other commitments. Plus, The Dyslexia Guild membership post-nominals are a well-recognised sign of quality.” Although the course is completed online, she did not feel isolated: “The course forums encourage you to interact with others and the tutors are really responsive.”

Now working as a dyslexia tutor, she believes the course is giving her a solid foundation from which she can develop professionally. “The modules are practical but grounded in research, with a very strong emphasis on self-reflection.  They embed the skills you need and provide you with a fundamental understanding of how learning needs to work for children with SpLD.” As a Guild Member she particularly values having access to the National Dyslexia Resource Centre library of publications, journals and tests to support her studies. “The Dyslexia Guild Annual Summer Conference was also great for meeting dyslexia professionals from different backgrounds and learning from quality speakers and workshops.”

At the time of the interview Susannah was an Associate (ADG) member who has now become a Member (MDG). 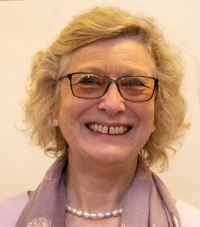 For Tess Gillbard, supporting learners with dyslexia is a vocation; her late brother had dyslexia as do her three children. She qualified as a specialist teacher assessor in 1988. Her first teaching encounter was with the Dyslexia Institute Centre in Bath in 1990, where Walter Bramley, author of Units of Sound, was Principal. She has been closely associated with the organisation ever since. Having been recognised for her specialist skills, Tess set up dyslexia support, at a school in Bath while simultaneously running the Dyslexia Action Centre in Bristol, where she was Principal Designate.

Tess now fulfils a crucial role as a Study Skills Support Tutor at Bath Spa University, supporting undergraduate, postgraduate and PhD students with dyslexia/SpLD. “I was the first dyslexia support tutor on campus, initially setting up the support with the assistance of Dyslexia Action. I now work over three campuses, supporting 30 students. Many university lecturers are still unaware of the difficulties that students with dyslexia face and underestimate the emotional repercussions of specific learning difficulties,” she explains.

The Dyslexia Guild and Dyslexia Action have always been an important part of Tess Gillbard’s professional life and will continue to be as she embarks upon new ventures, such as her recent appointment as an ambassador for the Children’s University. “The professional development that I’ve been privileged to undertake with Dyslexia Action has been so valuable because it recognises that it is not just students with dyslexia that need support, but that tutors need support too,” she. She finds the membership benefits of The Dyslexia Guild particularly useful, from updates on the latest research in the journal, to the conferences where professions can share their experiences and learn from each other.